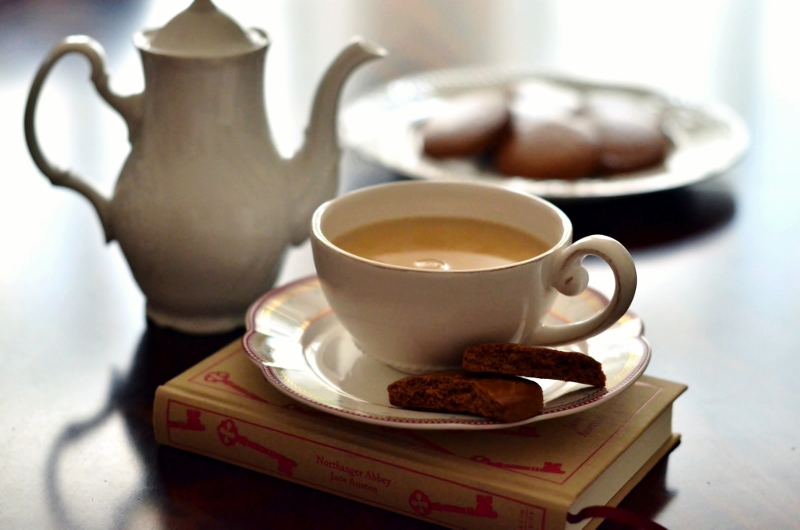 Just like every reader, I love autumn. It's my favourite period of the year (never mind that I say it about every other season at its beginning, too). And I think it's mostly because of the reading. I usualy spend most of the time during the October among books with a cup of hot tea (or a hot chocolate for the best) and some homemade cookies. I can't think about anything better than that. I always make big plans about reading during the summer, you know, but it actually never happens because I have plenty of other things to do, plus the hot weather is just too exhausting for me. So if there is a perfect season for reading, it's indisputably autumn for its chilly afternoons and long evenings. There's just something extremely romantic about it, and the mere thought about a comfy chair and a great novel makes me excited. I think that there is a great amount of books that are ideal for reading in autumn, and in this post, I would like to share with you some of my favourites... 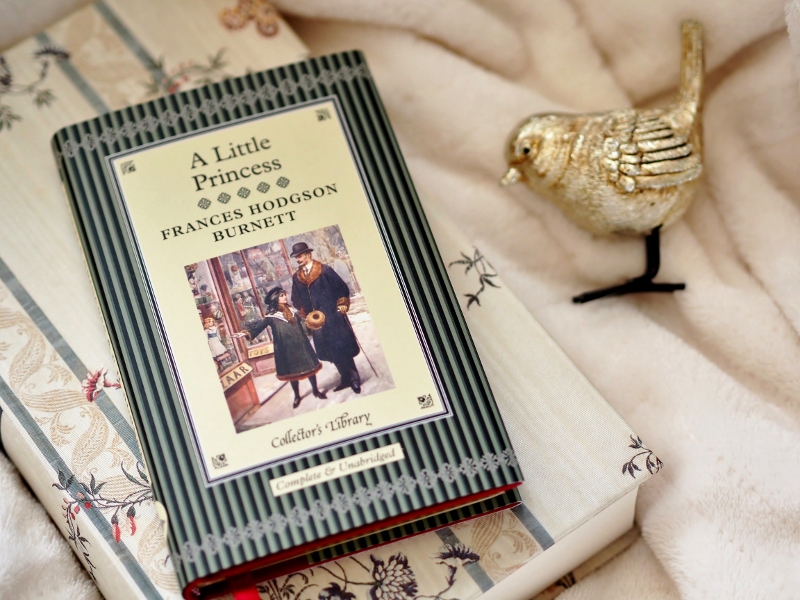 "I am a princess. All girls are. Even if they live in tiny old attics.
Even if they dress in rags, even if they aren’t pretty, or smart, or young. They’re still princesses."


This is a story about a little girl named Sara whose father has to leave her because of war, and since she doesn't have anybody else who would take care of her, Sara is forced to go to Miss Minchin's school in New York. After a little while, the tragedy of her father's death meets her, and from now on, she has to cope with the hardship of life on her own. Deep in her heart, though, she has never stopped believing in happy endings... 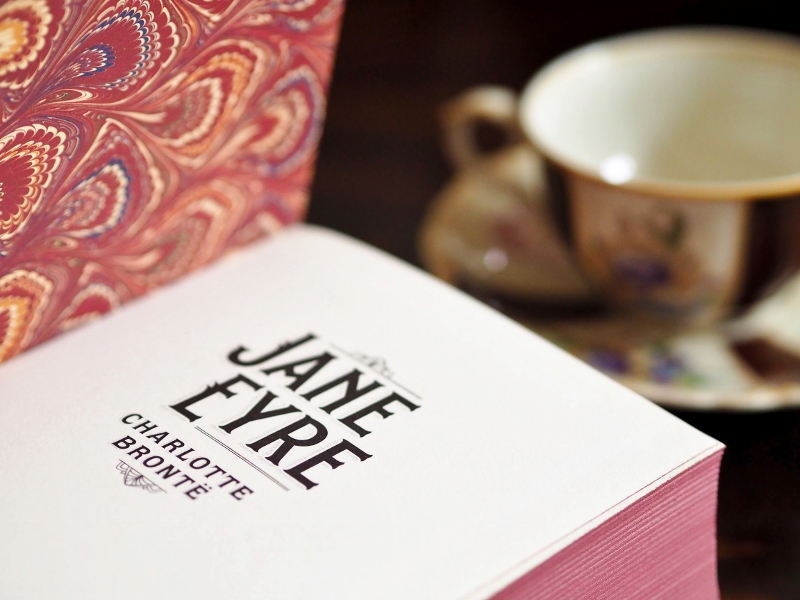 "The soul, fortunately, has an interpreter
- often an unconscious but still a faithful interpreter - in the eye."


I would never be able to resist to a little encounter with Mr. Rochester on Thornfield. He is a platonic love of my life. There is something rather attractive about his long hair, deep dark eyes and gloomy smile. Jane Eyre herself is also my favourite character, I admire her and consider her as a very inspirational heroine. This story about obscure secrets and a great love is just perfect for reading in autumn...

3) Little Women by Louisa May Alcott 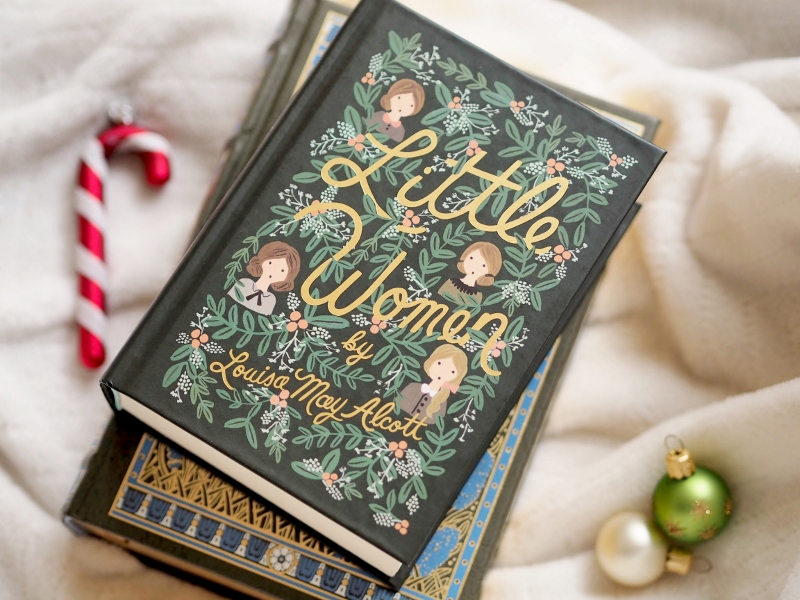 "I am not afraid of storms, for I am learning how to sail my ship."


Personally, I think that this story of four sisters - Jo, Meg, Amy and Beth - is perfect for every season. But the warmth of a family circle makes me think about this book as an autumn fit. It tells story about one poor but cheerful family that is just about to celebrate Christmas. But the father of the girls is in a war now, and their mother doesn't have enough money to buy any presents to put under the tree. So the prospects are not very promising in the beginning. However, after a while, the March sisters meet their neighbor Laurie who soon enough becomes a friend with them. And all of a sudden, their lives start to be much more a fun. 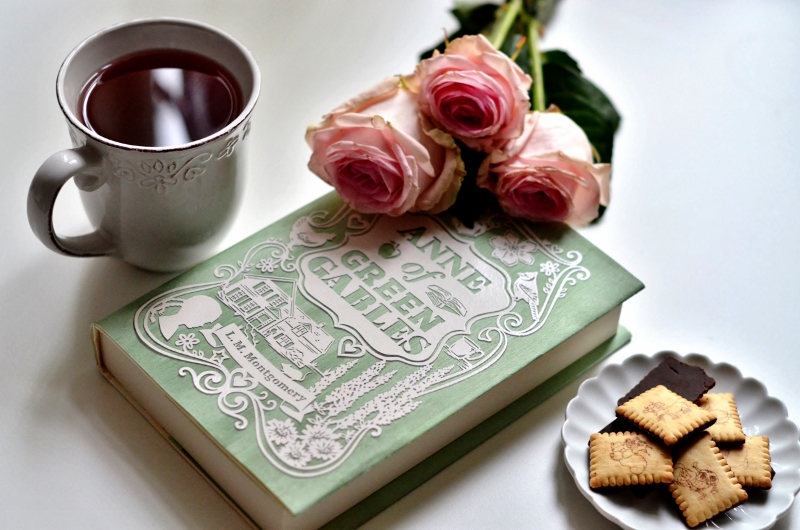 "It is ever so much easier to be good if your clothes are fashionable."


I have read this book last October during Dewey's Read-a-Thon and I fell in love with the story immediately. I adored Anne Shirley as a character with her great heart and chatty mouth. I loved the place where she lived that she so fondly described in her words. Also, I have always kept an eye for Gilberth during the reading, and when he appeared, my heart has started to melt down... 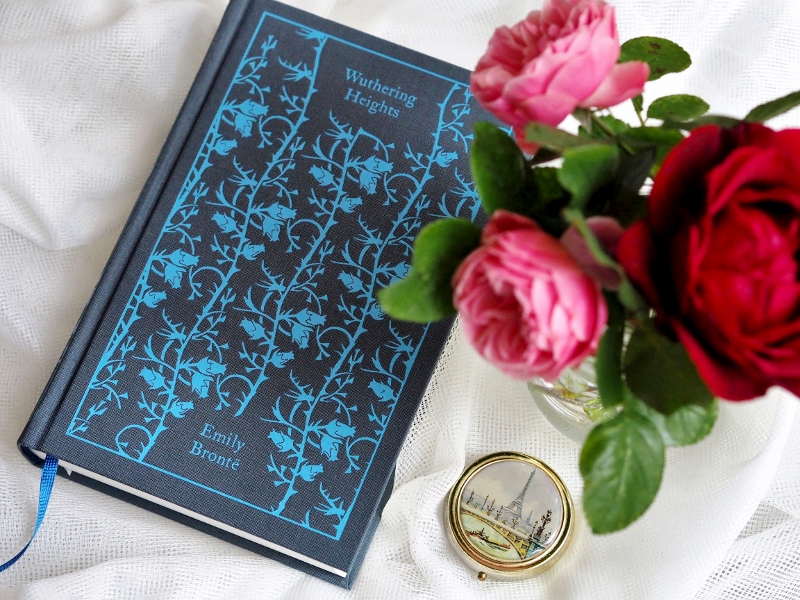 "If you ever looked at me once with what I know is in you,
I would be your slave."


Now, I have read this book a long time ago when I was much younger but I can still remember the impact that the story had on me. It was rather gloomy and some parts were difficult to read but at the same time, I wasn't able to put the book down for a moment. The plot was just too thrilling and I was dying to find out what happened next. I would like to read it again soon, for I think I left lots of secrets of the story unsolved. I hope I'll be able to understand the deeds of Caherine and Heathcliff a little bit more this time... 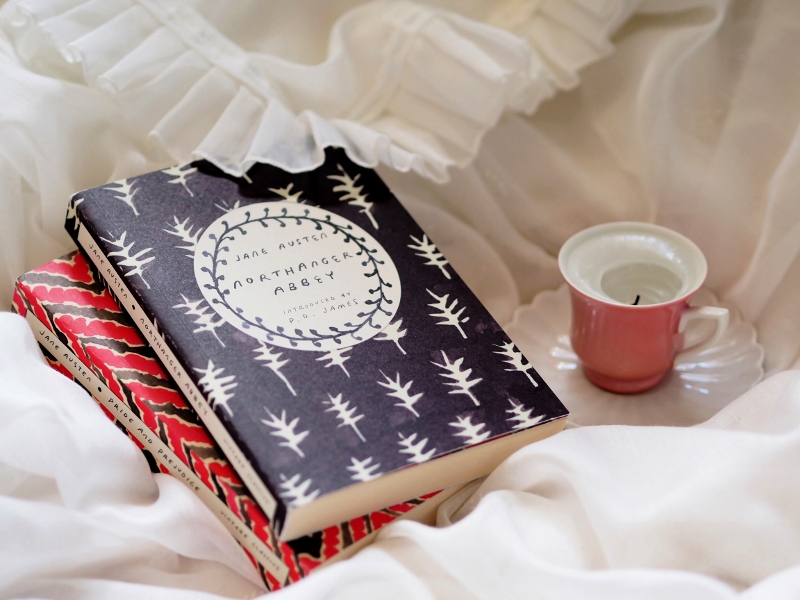 "Oh! I am delighted with the book!
I should like to spend my whole life in reading it."


Northanger Abbey is one of my favourite novels by Jane Austen. I think it's the funniest one, even though it's accompanied by gothic atmosphere. Mr. Tilney is my most beloved man of Jane Austen's novels. I wouldn't be surprised at all, if he encountered my dreams just like Catherine's.


7) Tess of the D'Urbervilles by Thomas Hardy 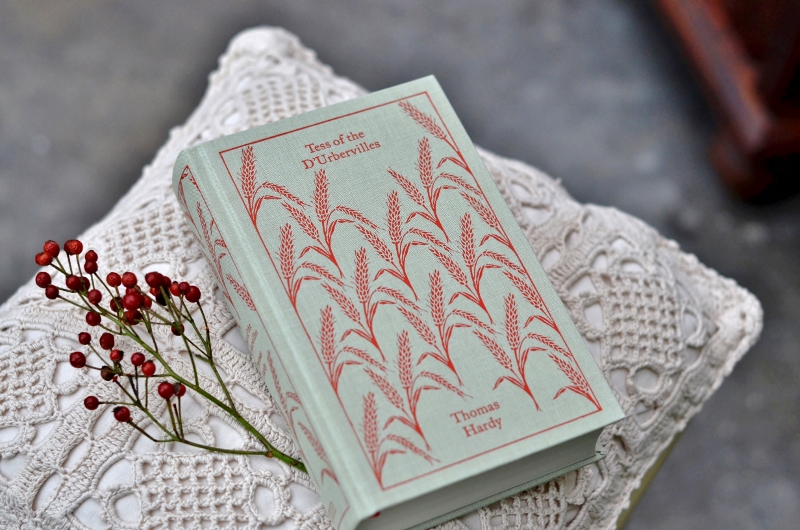 "I am not going to think outside of now. Why should we!
Who knows what tomorrow has in store?"

Thomas Hardy is by far the most shocking author I can think of. His books are genuinely impressing. And even though they tell stories I dream about in my nightmeres, I love them utterly. Tess of D'Urbervilles is a heartbreaking story of love in its purest form as well as the darkest. The reader follows a poor wench Tess who is torn apart by two different men that become fatal to her life... 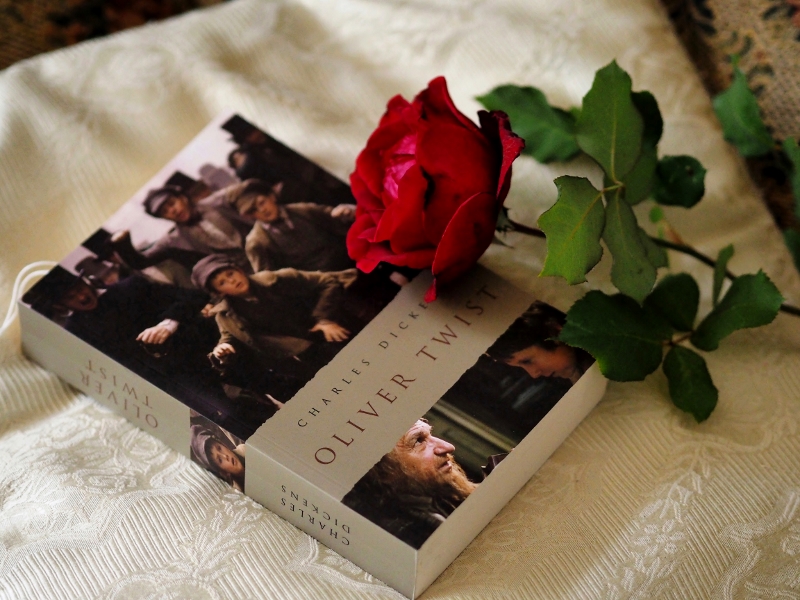 "It is because I think so much of warm and sensitive hearts,
that I would spare them from being wounded."


Who wouldn't know the story about Oliver Twist - a poor little boy who dared to ask for more to eat. I am a huge fan of Charles Dickens. I love his writing style in which his characters are becoming alive. You probably know that I read A Christmas Carol every winter as a little ritual of celebrating Christmas. And I can tell you that if Oliver Twist wouldn't be one of his largest tomes, I would very likely make a habit of reading it every autumn as well... 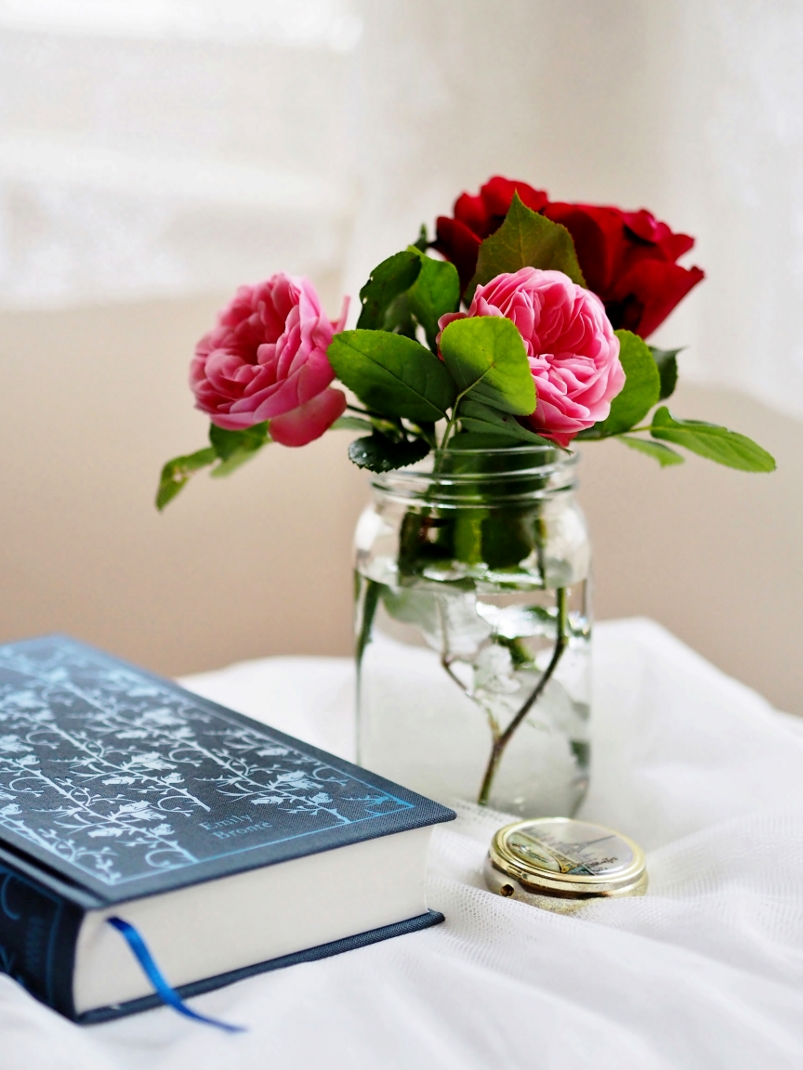