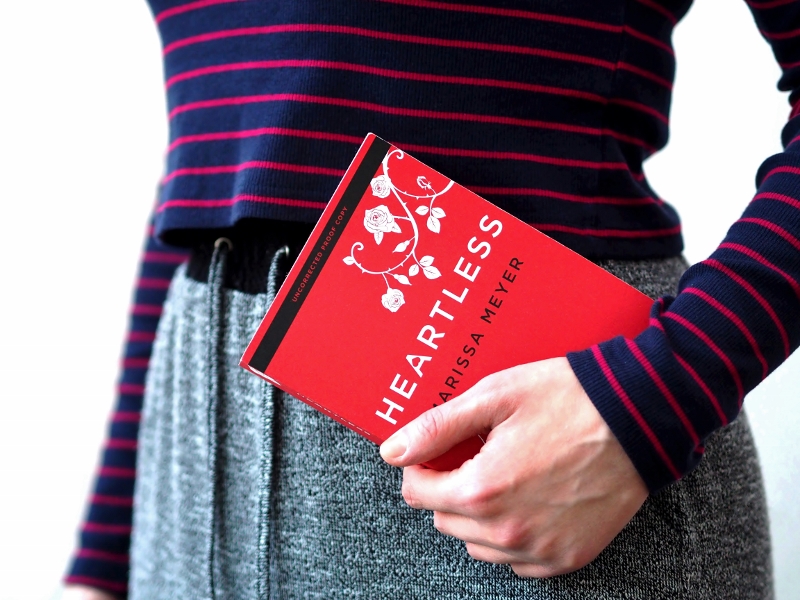 Who wouldn't know the furious and dreaded Queen of Hearts form Alice's Adventures in Wonderland? But did you know that before she became a queen, she was just a girl who wanted to fall in love? Catherine lives in Hearts and is standing before the biggest decision of her life. Just as her parents wished, she caught an eye of the king himself, but her heart was stolen from a court joker named Jest. She doesn't see her future as her parents do. Her only wish is to open a bakery with her maid Mary Ann and live a simple life happily ever after. But what if her fate is already predestined?

"Three luscious lemon tarts glistened up at Catherine. She reached her towel-wrapped hands into the oven, ignoring the heat that enveloped her arms and pressed against her cheeks, and lifted the tray from the hearth. The tarts' sunshine filling quivered, as if glad to be freed from the stone chamber." Ach, could you even imagine more beautiful a start of a story? I was enchanted by the very first sentence, and I can tell you that Marissa Meyer won me over right from the beginning. I've never read anything from her before. I know, it's a shame. But I've already put the Lunar Chronicles onto my wish list, and I am hoping to get it soon. Because I really adored her writing style in this book, and I can't wait to read more from her. 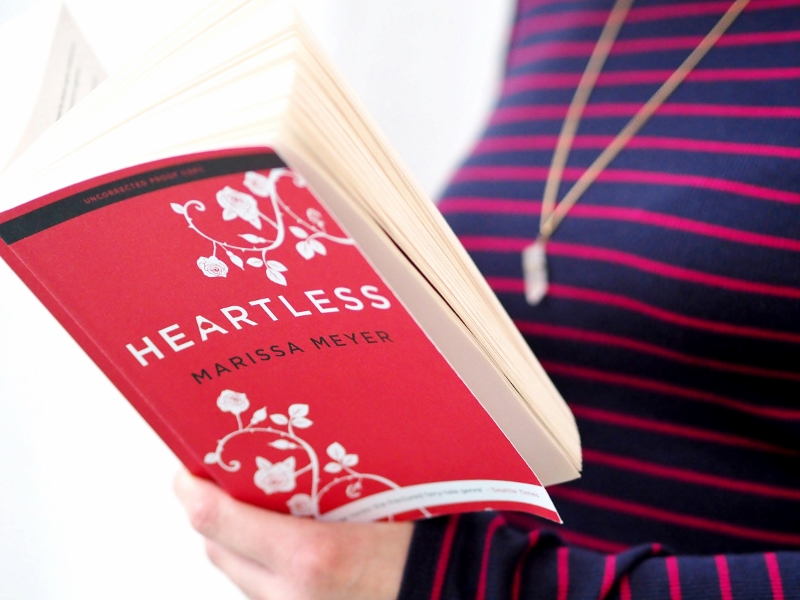 "She stole glimpses of him again and again,
like gathering unsatisfying crumbs in hopes they could re-formed into a cake."

Heartless was like nothing I've ever read. The story is so beautifully imagined and portrayed, overflowing with fantasy. And the plot is so quirky and thrilling and oh, so romantic. I just couldn't put it down. I was very surprised to find Chatherine as a rather nice person, and I grew fond of her right away. Not just because she loves baking just as I do, but because she is simply very likeable and credible character. And I wished so badly for her to be able to find her own way, for I thought she really deserved it. Thus the fact I knew throughout the whole time that she had to become the Queen of Hearts, which meant that she couldn't be with Jest, was breaking my heart. But still, I couldn't stop thinking: "What if...?"


The story is happening in a Wonderland that we all know so very well from a book by Lewis Carrol. You can as well encounter with every character of his in this book, like the Mad Hatter and Cheshire Cat, White Rabbit or Caterpillar, and of course the nightmarish Jaberwock, too. But even though it's a re-telling, I would say that Marissa Meyer has created like a whole new story behind it. It's almost like the story revived, and everything can happen in it. Who would think that in the Wonderland itself could be any room left for even more of an imagination? But Marissa Meyer found it and used it to tell her adorable story behind a story. And I absolutely loved it.