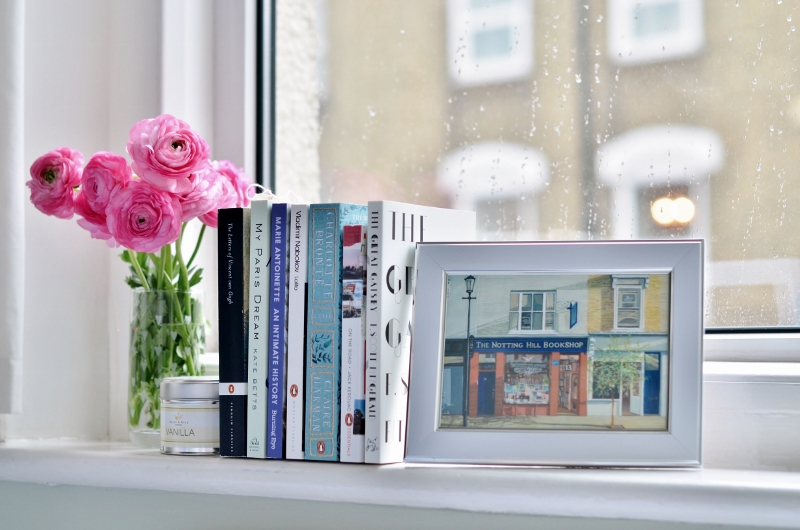 As you may know, I had worked in The Notting Hill Bookshop in London. And it has been the most interesting experience in my entire life. I've learned so many things there. From some purely British words to the political opinions of local people. (For some reason they always came to the bookshop to discuss the newest political tattle. Sometimes people got really passionate and they almost fight with each other. But fortunately, they didn't.) I had had a chance to meet people from all over the world every day. And I got to see what they read. But since the bookshop is a famous place because of the Notting Hill movie starring Julia Roberts and Hugh Grant in the main roles, it attracted loads of tourists. And sadly enough, most of them weren't interested in books in the least. They just wanted to know where the blue door was. And sometimes they didn't even know how to ask or weren't able to understand our directions. So we just pointed to the paralel street or drew a little map for those ones who were totally helpless. And if they decided to buy anything, it was usually a magnet they could display on their fridge and be reminded every day of their having visited the shooting place of one of the most popular movies ever. And they almost always bought the rather scary masks of the poor actors in order to take pictures of themselves standing in front of the bookshop. Sometimes we couldn't even go out to take our lunch breaks because the door was completely crowded with overexcited fans. It's almost a miracle that they didn't take the love for the movie away from me. But they didn't and I remained a devoted fan, even though I had never taken a picture of myself either in front of the bookshop or the blue door...

I'm here today to share with you some of the quite weird things that people said to me in the bookshop and that I was quick enough to write down in my notebook to remember. Well, enjoy, I guess...

"Excuse me, do you sell the book that Sophie Loren bought in the Notting Hill movie?"

"I am looking for a book, you know. I can't remember the name of it. Or the author... But there was a giraffe in the middle of it. Do you have it?"

Customer: "So tell me, have you seen Julia Roberts recently?"
Me: "Well, no, I haven't, since she lives in America."
Customer: "Oh, and what about Hugh Grant, does he come often?"

"So this is really the place where that American movie about pizza* was filmed, right? How exciting you've got to work here..."

"Excuse me, I see that you've got Peter O´Toole's biography - and I really like Peter O´Toole - but I don't think he had that interesting of a life and I'd propably be very bored by his biography. So what else would you recommend to me?"

"Can I ask you which book is the most popular British work? Alice's Adventures in Wonderland or The Little Prince?"

When the isle to the children's section is crowded with tourists, somebody asks: "Sorry, is this a queue to the bathroom?"

"Hello. Eh, listen. You sell coffee here just like in that film, don't you?"

Excuse me, do you have a different version of Alice's Adventures in Wonderland? I'd want one for grown-ups."

* I think that the customer meant a film called Mystic Pizza (1988), in which Julia Roberts also acted. But that is about the only thing that movie has in common with the Notting Hill.
Štítky: Bookshop London personal