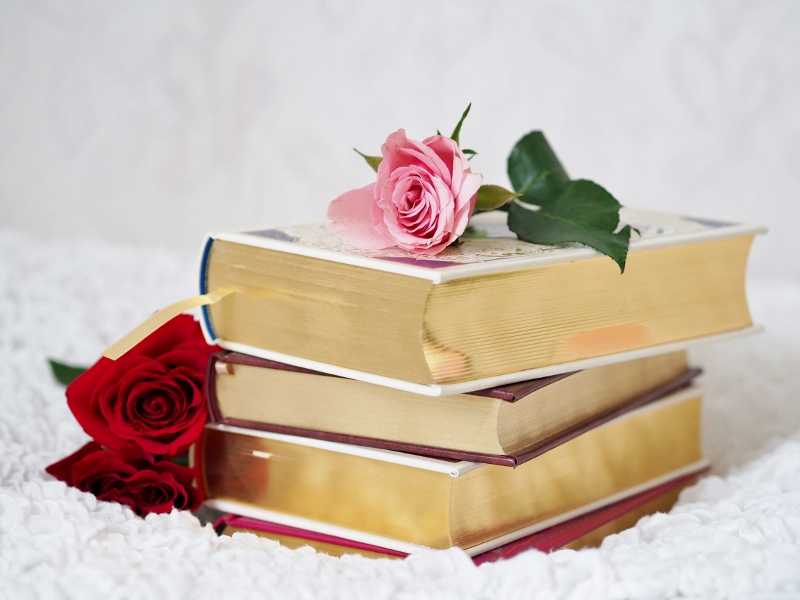 The whole summer kind of went by in a blur for me. It was hot and filled with works on my new library. I hadn't really read much in July due to my sore eyes. And so I decided to listen to audiobooks instead in August, which worked out perfectly for me. By the end of the second week, I realized that there was a certain theme going on as I was only listening to chick-lit novels, and so I decided to stick with it till the end of the month, because why not. And since there were some true gems amongst them, I am here to tell you all about the books I managed to listen to. Perhaps you can use some of them as recommendations for the upcoming Contemporaryathon that takes place during the last week of September. Because there are 12 books in total, which is a lot to cover, I organized them from the most favourite (top) to the least favourite (bottom). I am not going to talk about the plots, but you can click on the title of the book and it'll transfer you to the Goodreads profile where you can learn more about the particular book. Okay, so without further ado, let's get to it...


My Oxford Year
Julia Whelan
This book was surprisingly emotional. Going into it, I didn't expect that at all. And even though I prefer lighthearted books with happy endings as of lately, I still couldn't help but give this book the highest rating of all of them. It was incredibly well written and the author did a really great job at narrating this book, too. The power of the story consists especially of the characters. They were unique, relatable and super lovable. Despite it being emotional, this book is also uplifting in a way. It makes you appreciate life and try to make the most of it. Also, after reading it, I was very inspired to pick up some poetry, which made me appreciate this book even more.

Our Stop
Laura Jne Williams
Now, this book was a ride. I literally couldn't stop listening to it untill I was finished. It was a briliant idea and perfect execution. It was hilarious but touching at the same time. I felt for the characters so much and forgot to breathe during the most important scenes. I have to say, it was rather romanticized as I don't remember the London tube being that charming of a place to support falling in love when I was travelling by it to and from work every day. But hey, I don't wanna read about the dream-crushing reality, so I really didn't mind the fairytale-esque twist at all. I also have to mention Carrie Hope Flatcher who, along with Felix Scott, did an outstanding job at narrating the story. It was simply amazing.

The Hating Game
Sally Thorne
If you did the same mistake as me by not picking this book up simply because it seemed overrated, then don't let yourself be fooled. It really is worh all the hype it gets. I loved every minute of it. It was surprisingly tender for such a steamy romance novel. And comforting too. If you need a funny pick-me-up read, this is the one for you. Even more perfect when you have a cold, it will warm you from the inside and you will be smiling for days.

Josh and Hazel's Guide to Not Dating
Christina Lauren
This was another super cute and sexy rom-com with the friends to lovers trope that I love so much. I devoured this one in one day. It was the third book by the famous duo I've read and by far my absolute favourite. I really enjoeyd how the main characters get to properly know each other. This part tends to be rushed in romance novels, but in this one it was actually emphasized on, which made the falling in love aspect even more satisfactory. Would highly recommend.

The Bride Test
Helen Hoang
I've read the author's debut novel, The Kiss Quotient, earlier this year and really enjoyed it, so I decided to give this one a try even though the reviews for it weren't as good as for the first one. But I am glad to report that I actually loved The Bride Test even more. I have a weakness for autistic characters and I think that this one was beautifully portrayed. I appreciated that the relationship wasn't instalovey but rather gradually developed. It was sweet and touching.

The Unhoneymooners
Christina Lauren
This was the first book I've read this month and boy, was it a great start to it. I loved the concept of the story a whole lot. It was funny and wildly romantic. You don't need to know anything going into this one, just read it and enjoy it. It's a perfect book to read while soaking up the last days of summer.

My Favourite Half-Night Stand
Christina Lauren
Another good one from this amazing duo. I don't know how they do it, but they can turn your typical love story into something original, smart and funny. My Favourite Half-Night Stand is also about friends falling in love, but it's completely diffrent take on it. I really enjoyed that modern dating advices were involved. It was super fun to read about.

If We're Not Married by Thirty
Anna Bell
This was a cute book about two people who were into each other since their teenage years but missed on multiple opportunities to get together. There were some unnecessary plot twists that kind of dragged the story in unwanted directions, I would much rather prefer if it was focused on the main characters instead, but other then that I really enjoyed it.

How to Hack a Heartbreak
Kristin Rockaway
This book was very interesting. It wasn't as much of a love story as a look at our current world and the place that dating has in it. It was raw and honest, and I really appreciated it. The only thing that was kind of spoiling my enjoyement from it was the bitterness of the main character. I mean, I get it. Dating in this modern world is sometimes a complete rubbish. It just wasn't that enjoyable to read the book from this dark perspective. I would give it five stars if the main character would be a little bit above the whole situation. But either way, I would really recommend it.

99 Percent Mine
Sally Thorne
I had such high hopes for this one, even though the reviews were kind of all over the place compared to The Hating Game. But I have to say that it really wasn't as good as the first one from Sally Thorne. The main characters in this one were very much concerned with themselves only and as a result, they came across quite whiny. The thing I loved the most about The Hating Game was the amazing connection the main characters shared. But in this one, I just didn't feel it. In the end, I didn't even get why they wanted to be together. I still really enjoyed Sally Thorne's writing style, though. I think it was just this particular storyline that I didn't get along with. So I am looking forward to see her future work.

Love and Other Mistakes
Jessica Kate
Ah, this one was quite a disappointment. It seemed so good at the beginning, but as the story pregressed, it was just a mess. There were to many storylines to follow. Too many heartbreaks to make sense of. It essentially felt as if the author needed a space to vent about all of her shattered hopes and bitter dissapointments. Which proved to be right when she read the afterword and said the book was inspired by certain events in her own life. It was very well written, but it lacked the polished feel of a good book where there is the beginning, the plot and the denouement. I especially felt that a proper conclusion was missing. The main character just sort of decided to let go of the things that were the problem for the whole length of the book without no particular reason. Which was perhaps the reason why the satisfaction you get when you finish a book was also missing for me...

Can You Keep a Secret?
Sophie Kinsella
This one was the biggest disappointmen of this month. Especially since I had such high expectations for it. I love Sophie Kinsella. Her book I've Got Your Number is one of my all time favourite chick-lit novels. And I've heard so many great things about this one, that I was positive it would become another favourite of mine. I saved it for years, thinking I'll read it when the time is most right. Well, I shouldn't have. I absolutely adored the beginning but then, it went downhill for me. It was almost as if Sophie Kinsella wrote the first half of the book, then took a long break, and when she came back to it, she forgot what the characters were on about. I just didn't understand the romance; the main character and her love interest didn't know each other properly and they didn't have respect for each other. (Yeah, the irony isn't lost on me that it's literally about a girl spilling all her secrets to the guy. But, like, those were superficial things. They didn't say anything about her, really. And he didn't share anything with her in return.) There's actually a new movie based on the book, so I'm interested to see if the story will work on the screen...
Štítky: Audio Books book-reviews Chick-Lit Fiction Recommendation romance