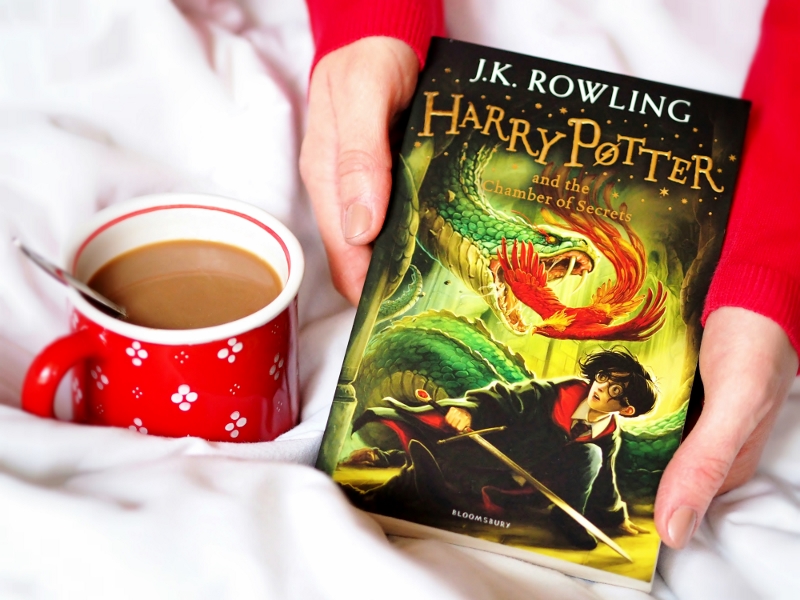 Do you remember my last year's confession about reading Harry Potter and the Philosopher's Stone for the first time? Well, I have finally made it to a second book in the series. I don't know why it took me a whole year to pick it up, for I really loved the first one. But you know how it is - so many books and so little time. Anyways, I am so glad I read it. It was great to be back in Hogwarts all over again, meet all those beloved characters again and become acquainted with the new ones as well - like Gilderoy Lockhart who was such an amusing blockhead.

Since this has been my second year spent in the wizarding world, I have also started to make teams with the characters. It wasn't something that I would do consciously, it just somehow happened. And even though I still love Harry Potter, I grew fond of Ron Wesley, too. He seems totally different than in the movie. Don't get me wrong, I think Rupert Grint acts him amazingly but still, Ron in the book strucks me less cowardly. He has a great heart. He stands for his family and friends. He doesn't try to please everyone just to make them like him more. And he's insanely funny. He's simply being himself all the time. And I absolutely adore him.

"It was as though they had been plunged into a fabulous dream.
This, thought Harry, was surely the only way to travel — past swirls and turrets of snowy cloud, in a car full of hot, bright sunlight, with a fat pack of toffees in the glove compartment..."

A couple of days ago, I have seen a video about J. K. Rowling, in which she visits her old flat where she had been writing the first Harry Potter's book in a little dark corner with an uncomfortable chair and old computer ten years ago. She talks about her passion for writing and her belief in the story she had been working on, even though she hadn't known, by that time, how big a thing it was going to be. And then she comes to her old bedroom where her younger self had been sleeping, and she suddenly beholds published Harry Potter series in a little bookshelf of the people who occupy her former flat now. And she bursts into tears, for she realizes what she has really done since then.

It was so touching to see her journey from the beginning to where she is now. And also immensely inspiring. She proves that you can really do anything in your life as long as you believe in it and work hard for it. And she writes about that in her books, too. Which is what I like about them the best. It can never be too late to read Harry Potter series. I know there are more people like me who haven't read it yet, and they are probably afraid that they just missed it. But it's not true. You don't have to be a child to be able to love them. J. K. Rowling had written a timeless story that is always inviting everybody. And whatever you're old, you'll find that there's always a lesson for you to learn... 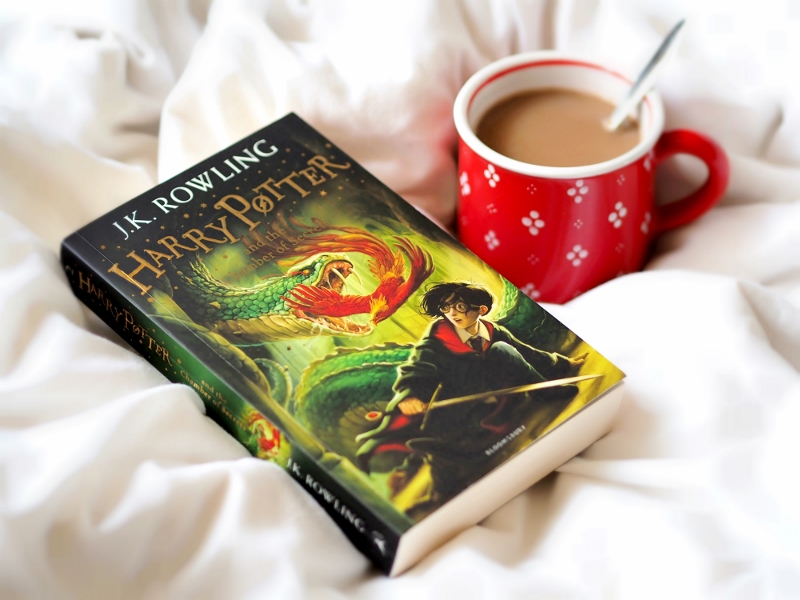